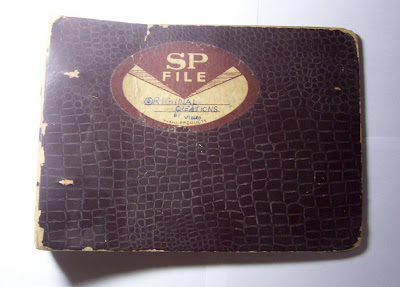 Blast from the Past

Searching for some stuff in my cove, I actually tripped upon some old treasure. It was a file that contains, as it's label read, 'Original Creations by Vigro'. Well, it's my childhood collection of poems, I(Vipul Grover) wrote more than a decade ago. Here I am going to reproduce two of them, both dedicated to my love, my country India.
The first written in English is more of an anthem. Read it for yourself.

I am proud of my motherland,
I am proud of her holy sands.
Crowned by the Himalayan Ranges,
Garlanded by the pure Ganges.
Three seas washing Her Holy feet,
The Land where various cultures meet.
The true example of unity in diversity,
The land of oneness and integrity.
I am proud to be her citizen,
I am proud to be an Indian.
I know calling India the true example of unity in diversity may not go so well with many of her critics. However, we must salute her resilience and hope for a better future. That's what I am doing in the next poem, written in my mother language, Hindi. Again let me remind you, I wrote it when I was about 10-12 years old. So don't get too judgmental.

Dilemma of a first time voter-II

The Left, Right and Centre

In a month's time, I would have exercised my voting right for the first time in my life. At an age of 23 years, 9 months and 26 days(as on May 13, 2009 when polling takes place in Chandigarh), I could have exercised it in the last General Elections too. However, I missed it, thanks to my own and my dad's laziness in getting my Voter ID card made in time. Being a resident of a Union Territory, I don't get to vote in any Assembly Election and I happened to skip the Municipal Corporation elections due to the ignorance(I came to know about it when the results came out).
This post is a more practical take on the question I raised some months back that is the Right to Vote really empowering? Here, I don't comprehend, why to vote, rather whom to vote for?
With just a month to go, I am still undecided. It wasn't so a few months back. Since NDA came to power under Atal Bihari Vajpayee for the first time about one and a half decade back, I had been a BJP supporter or you may say my family had been so, as i was quite young at that time to make up my own mind. However, one thing for sure, I was a big fan of Vajpayeeji and his long pauses. Undoubtedly, BJP(as a part of NDA) is the only viable alternative to Congress led Government even today. No Third Front can be in the combined interest of the nation.
For that matter, a Third Front supported by Left is a recipe for disaster. Left has always preferred to just give an outside support for the simple reason that they know, once they are in the Government, they'll have to make compromises keeping in mind the real politik. Hence, its better to stay out, threaten the government and claim to take the higher moral ground when they aren't heard. Running the whole country is a totally different ball game than running individual states.
The above statement also stands true for all other regional parties. However, by saying this, I don't put a question mark on coalition politics. Coalitions are here to stay and the Indian political system has shown resilience in the past decade to make it work twice in a row. However, any Government in the centre must be formed by either a Congress led alliance or a BJP one for in the present scenario, no other national party(BSP, NCP, RJD in addition to leftist CPI and CPI(M)) looks truly national.
However, we may be in for such a situation as most of the strong allies of BJP and Congress(I) have either parted ways or threatening to do so. With a dozen senior politicians across the political spectrum aspiring for the PM post, the alliances can take any shape.
Now coming back to where I started. Why am I undecided? Well, the way BJP has behaved when in the opposition, doesn't really inspire me to vote for them. As it is so common, they were there to just oppose. Opposition to Nuclear Deal with U.S.A. came as the biggest surprise.
Moreover, Godhra and its aftermath which did not have any profound impact on me at the time it took place as I was more concerned about my Engineering Entrance Examinations back then, was revived when Christians were at the receiving end recently in BJP(or it's alliance) led states of Orissa and Karnataka. Gujarat may have developed at an unabated pace in recent years under Narendra Modi but the ghost of pogrom cannot go away.
Till now, I regarded communalism as just a tactic employed by BJP to come to power as opposed to minority appeasement employed by the pseudo-secular parties like Congress(I). However, the above mentioned incidents have made me to rethink as it seems, its becoming impossible for BJP to disassociate with this tactic post-election too. The way they have supported Varun Gandhi and his comments is condemnable.
Now coming from the right to the centre, we have the Grand Old Party of India, Congress(I) recently called 'Budia'(an old lady) by Narendra Modi. I may hate Modi for his communal politics but he is a real entertainer when he starts the Congress bashing. My biggest opposition to this party is that how can we give the reigns of the biggest democracy in the world in the hands of such an undemocratic party. I'll hate to vote for Congress if my vote helps Rahul Gandhi become the PM. What is his credibility? 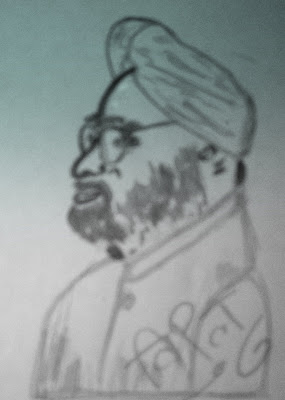 The present PM, Manmohan Singh may be called a weak PM. The strings may be pulled by Sonia Gandhi and he may be regarded as just doing the ground work for the arrival of the prince Rahul Gandhi. However, this cannot deny the fact that he worked his way up to this coveted post. He spent about half a century working as a university teacher in India and England, RBI Governor, Deputy Chairman of Planning Commission, Finance Minister and the Leader of Opposition in Rajya Sabha. Moreover, as the FM, he was the one who heralded the nation in the new direction of liberalisation and globalisation.
Here, I am not starting a young 'vs' old debate as presently no one inspires me more than Obama. The only thing Rahul can brag about is his lineage. There is every possibility that if Congress(I) led alliance comes to power, in a couple of years, Manmohan Singh may 'develop' some serious medical ailment and the reigns are handed over to another undeserving Gandhi.
In this post, I have only discussed those major issues which are hindering me from voting to power the specific parties. I haven't discussed the positives and the smaller negatives as these big negatives mask every other thing for me. I hope in the coming month, along with the preparations for my upcoming Civil Services Preliminary Examination, I am also able to comprehend the positives to make my final decision. After all, the first time is always special and I must consider my single vote can make the difference.