Dilemma of a first time voter 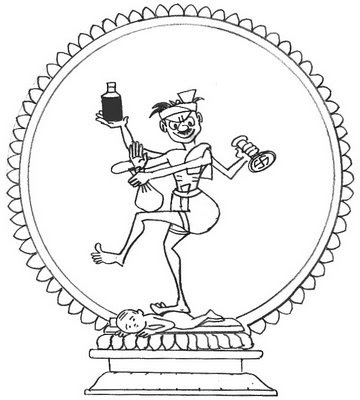 Is the Right to Vote really empowering?

As May, 2009 approaches, the suspense with regards to “who’ll be the next?” must be killing those who are fighting it out. But there is another suspense which is intriguing me these days. I am about to exercise my franchise for the first time in my life. The question is not ‘who should I choose’ but rather ‘why should I choose anyone’! Is this Right to Vote really empowering for me or my compatriots. My heart wants to reply in affirmative but my mind stops me from doing it.
The ‘Right to Vote’ will become an empowering notion-cum-action for us, the masses, when we can see that by exercising it, we are not making or breaking the fortune of any political elite but rather we are making or breaking the fortune of our society at large and within it, ofcourse our own.
Political parties may lie on the left, right or at the center of the political spectrum but when they come to power; all those divergences tend to converge into a similar course of action as was being followed by their predecessors. There might be some modifications in the means employed, for in words of Pareto some tend to be ‘lions’ using coercion while others tend to be ‘foxes’ using their wiliness; but they all tend to move towards a common end, hence offering us more or less the same.
So when by exercising our franchise- the coveted privilege for the attainment of which thousands had to sacrifice- we bring a certain lot to power, we are actually just handing over to them the golden key to their personal fortunes. Those who loose, wait for the next time, doing nothing constructive but just hatching one plot after the other, of how to reduce their wait. Meanwhile, those in power carry on those same developmental and ‘non-developmental’ works, albeit changing the names of all the projects to honor their respective leaders, dead or alive. Everything else is the same, just the new packaging!
The ‘Right to Vote’ can become empowering only when we have a genuine pluralistic polity, plural, not in terms of quantity, as everyday with intrigues and splits occurring within the political set-up many new parties are coming up. Some may call this plurality as the sign of maturing of our democracy but of what use is it to an ordinary man. Plurality is needed in terms of quality. Only when there exist qualitative differences within the polity, which we can measure objectively, we will also start taking qualitative interest in choosing one over the other, for we will know that by making the wrong choice, we ourselves will end up on the loosing side.
It may seem to some that with such qualitative differences, political bickering will tend to increase. To the contrary, I believe an opposite phenomena will occur. When the parties are similar, they fight more to prove to their vote banks that they are different. With no such point to prove, they will find it easier to carry out bipartisan actions- denoting joint action of all the parties across the line, grouped broadly under conservative and liberal ideology, hence bipartisan and not 'multipartisan'- for the welfare of the masses.
Only when our polity evolves to such a state and is able to ‘brittle’ the ‘Iron Law of Oligarchy’ of Robert Michels, the ‘Right to Vote’ will become empowering and all my apprehensions will vanish away.