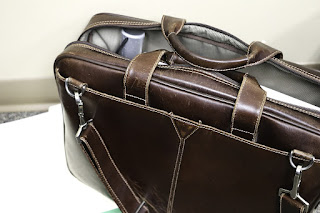 Someone is Special said...

Oh! I saw the pain coming. The last two paragraphs showed the real colors of life. I loved the way you wrote, Vipul!

Here's my take on the topic - Love In The Time Of Virus: The Lockdown And Thereafter

Many people around us have such painful #LockdownTales.
Amazingly well expressed.

Hello Vipul, I lived the journey as I read through the post. In hindsight, one may think how can a lockdown result in all this - but's it's never one thing. It's a hundred things working in tandem. Your post brought that out beautifully.

I initially thought the first paragraph was about your 'office' but slowly it sounded like a girl.. and then I was like, oK, heck, it is a girl! So I had to go back up and read again. LOL. MY bad. I think I just presumed.

But the post is beautiful. Reminds us of our secret little heartbreaks.

Thank you for writing this.

I liked the poem especially frequent emphasis made on 'the feeling on being in love with her' , the agony of layoff , family and emotional load as well as breakup ; all emotions witnessed in this-never-ending-phase-of-lockdown. Beautiful and a thoughtful poem..All the best!

My God! Such an emotional post! It must be a true story for many love birds. Its sad, actually. And it still continues to be so. But really, you made me cry, especially the last stanza. So touching! All the best!

You have written such a lyrical post! I loved the first phase.. It takes the reader down the memory lane.

However this oscillation between She loves me or has she moved on it can be tormenting.

This has emotions flowing through it ! Very well expressed. This pandemic is painful in many ways to many people

Tugs at heart and touches a forgotten corner of the memory. Simply beautiful....And I have fixed my blog...If you are still interested in reading it, I would love to have your feedback.

Megha, I really enjoyed trying this new form of writing. Lyrical seems an apt description. Thanks a lot, and all the best to you too.

Cherry Blossom, while lockdown is helping some people come closer and strengthening relationships, such stories of heartbreaks — as you put it — must also be the truth for many. That's what I was attempting here on basis of things actually happening around me (such as layoffs). Thanks for the lovely comment.

Swati, thanks a lot. I was just trying to bring out all those shades of the lockdown. I am happy you liked it.

Kshitij, your comment brought such joy. Well, you actually went back to the introductory poem. That was my intention all along — to leave clues about that poem throughout the story. Thanks for making that effort. You are not just a good writer but a thoughtful reader too.

Sarav, thanks. Well, these are painful times. And no one knows how long it will go like this. Let's hope for the best and remain prepared for the worst.

Savita ji, as I replied to Sarav, these are painful times indeed. Let's hope for the best and remain prepared for the worst.

Tanaya (factfiction)... Thanks for your kind words. I have already read your story and left my feedback there.

Thanks Smita... You put it right; it is painful in many (varied) ways to all of us.

Hi Vipul
I waz feeling sad at the end, and that explains how beautifully you portrayed that emotion...the skill that every writer needs....layoffs, breakups/divorces, domestic violence ...we are reading daily about it...very much relatable to today's scenario...
Best wishes

Thanks Chetan, these are stories of so many people around us. We've been hearing about them every day. Just tried to piece together a tale from what all is going around. As a writer, I am happy that it made you feel sad (you know what I mean, right).

Bhai bhai bhai, that was an emotional and painful journey. Very nice, Vipul

Lockdown unlocking a bond between two people was a take i thought about, but simply couldnt have done such justice to it. Its a real pain to bear.

Thanks Shri. In fact, I feel you did complete justice to the theme in your story. Thanks for the kind words.

Pavil, great to have you back. Marshal has his own big shoes to fill each time he participates... Sorry for going into third person mode ;)

Oh siddie boy, I am happy you liked it. You have been one honest critic always.

I wish the girl hadn't given up so easily :(

I could actually feel the pain while reading this. So very well written!

Hey Simran, thanks. I am an expert in sad endings. Couldn't help :)

Very well expressed post . I think we can blame this virus as it has changed the circumstances and we are just responding to it in different ways. Keep writing!

Thanks Pratibha and Aura... Strange circumstances indeed, which are testing each aspect of our physical and mental well-being.