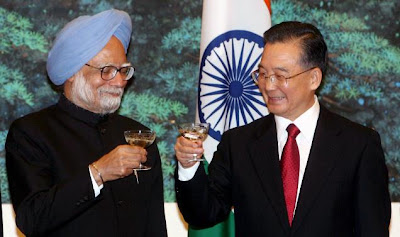 Nice Article that puts into perspective the collective wisdom of different people.

Yes, China has been a big headache for India.
String of Pearls, Brahmaputra Damming, Border skirmishes, LAC and China - Pak relations all point to the fact that we should strengthen ourselves for any eventuality