A month left for the inauguration 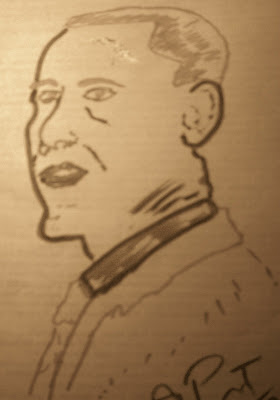 November 4, 2008 was a historic day. A lot has been said, written and discussed about it by commentators around the globe. As it became clear that Barack Hussein Obama will emerge as the 44th American President, people from lands far far away rejoiced and marveled the American Dream. Even I was one among those who saluted the audacity of hope shown by Americans in electing their first black President.
Slavery might have been abolished in mid-19th century by Lincoln but half a century back the blacks were still fighting for basic civil rights and unconditional enfranchisement. Who could have imagined back then, that the very first decade of 21st century will see such an epoch setting development in the United States of America.
Indian media and political establishment have been analysing pros and cons of Obama's accession, to India. While his views on Kashmir issue and his commitment against unabated outsourcing and nuclear testing have put the Indian polity in a tizzy, his anti-Pakistan stand has given them a sigh of relief.
I'll refrain from any such analysis and let time reveal the facts. This post is only dedicated to the man who campaigned for change and those who imbibed his mantra and proved 'yes, we can!'
Obama's coming to power has ignited a hope that he will herald the world into a new era. A month from now, when he takes his seat in the Oval Office, he will become the most powerful person in the world. However, with power and authority comes responsibility. His predecessor shirked this very responsibility when he adopted a belligerent foreign policy. His domestic policies too, sent the country and along with it the whole world into a deep economic mess. So before Obama can 'do' anything, he has to 'undo' a lot of things.
Obama's life story until now holds a lot of promises. Obama was born to a Kenyan father of Muslim lineage and an American White Christian mother, in Hawaii. He spent his early life in Indonesia with his mother and Indonesian step father and returned to his maternal grandparents in Hawaii at the age of 10. So this man truly has an international upbringing and it is expected of him to be more sensitive while dealing with other nations. Obama went on to take up a teaching job in Chicago and was also a very active community organizer before that. Moreover, having a colored lineage, it is expected of him to be sensitive to the inequities in the American society and work for bridging the gaps. So, Obama enters the White House with such a baggage of expectations. However, he can not complain as he is the one who told his people 'yes, we can!'
However, for those who expect just too much out of Obama, the following words of Samir Amin, a noted Egyptian economist explain my point of view precisely. In a recent interview to Frontline, he says,"For sure, Barack Obama is better than a John McCain. Also, from the point of view of the evolution of U.S. society, it is something positive for an African American to be elected President. But from the point of view of policies and politics of the U.S. vis-a-vis the rest of the world, little will change. Perhaps the tonality, the language will change but the targets will be the same."
Obama might have made history but the true protagonists in this scheme of events are those who enabled him to do so. They are the Americans - white, black, Hispanic, college-goers, senior citizens, blue-collared, executives or paupers. All came together to throw away their biases and show the world that democracy is based on the principle of merit more than anything else and even a common man has the requisite intelligence to judge this merit.
Obama's victory is the America's victory. The Americans have earned back the respect they lost thanks to Bush's myopic world view. Time will tell if Obama actually delivers but there is no doubt that Americans have delivered and shown the world the meaning and the power of democracy. They have justified the government by the people(masses) component of the Lincoln's claim. Now it's up to Obama to justify the remaining part, i.e., government of the people (not just elite) and government for the people.
Can we Indians also be proud of our democracy which has allowed a dalit woman to dream of becoming the Prime Minister in the coming elections. I don't believe it's right to draw such a similarity. Isn't such a dream based more on the numbers and loyalty of one's community members rather than merit. U.S. elections also hold lessons for the Indian politicians to stop designing their campaigns, catering to a particular section of society but to generate such an enthusiasm among the people from all the sections that their election campaign itself becomes a mass movement.
India is a young democracy and here the politics has mostly prospered on the basis of divisions in the society. Its time that we, the Indian masses too, take a cue from the U.S. elections and see beyond our caste, religion, region or ethnicity to choose our representatives. That's my audacity of hope.