The King of Dystopia

Originally published at The Mind Blogglers. 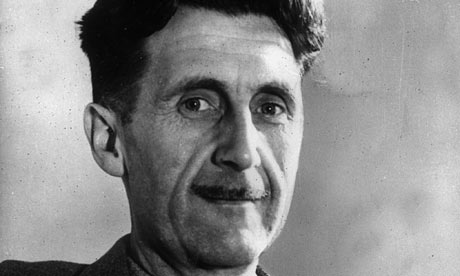 Insightful, everything is present in our society from ages. Our hunger has fed those evil virtues and now it has blown out of proportions

You need max number of commentsbecause every post published here is unique, so is this one.

I haven't read him, but I have read Ayn Rand, and the ideas presented in the creations are quite substantially validated too. Perhaps, I'll have to read him too to write a suitable comment, but then there is one thing I'd ask anyone who talks about the rampant scams being in the news everyday.
Are you clean enough to claim that?
And talking about the story you told of the Farm, many of our politicians too are freedom fighters, the ones who divided us were also freedom fighters.

The poem is beautiful.

Thanks Saru for sharing ur thoughts. I hope our new found hunger to bring the corruption to fore, will bring some change...

The best part of publishing a new post on this blog is to get to see u Chowlaji.. thnx a lot :)

Well Blasphemous Aesthete, evn i'v asked this question a number of times on this blog.. Check these links
Aren't you just 'one of them'?
Upon each shoulder lies the weight!
Thanks for your reflections and appreciation.. keep visiting :)

Hi
Congratulations! The Directory of Best Indian Blogs is out and your nice blog figures in that. We thought, let's announce that to you.
Since all blogs do not have emails clearly mentioned, we have taken the liberty of telling you of this by making a comment on your latest blogpost. Hope, you don't mind it.
Happy blogging!