Here I am reproducing an article originally written for The Tribune but finally published on a web portal The Viewspaper sometime back.
The Union Minister for Environment, Jairam Ramesh has the knack to remain in the news with his proactive but sometimes provocative take on environmental issues. However, this time he chose an unrelated issue to make the headlines once again. According to this IIT Bombay graduate; the most coveted and sought after seats of learning in India, i.e., IIT’s and IIM’s, lack the world-class faculty as well as research facilities. He believes that these institutes have been able to survive due to the world class students who take admission into these institutions after a grueling selection process.
Before one starts taking sides, it’s important to define the term ‘World Class.’ Going by its dictionary meaning it is to rank amongst the foremost in the world and to meet the international standards of excellence. If one adopts this definition, then Jairam Ramesh is not that wide of the mark as it’s true that in most of the world rankings, these institutes fail to reach the top-notch positions.
However, is it justified to use such objective parameters given the grand divide between the West and the East? To create a world-class research institute, the foremost requirement is a world-class policy formulation and world-class funding for the same. With the meager amount of resources made available to these institutes, how can one expect them to compete with the best in the business?
To add to this, the fact is that these institutes were incepted with the objective of developing a skilled workforce to support the social and economic development of India. Research and development was started much later. Hence, to compare the amount of research done by these institutes with that done by the MIT’s or Harvard’s is again unfair. 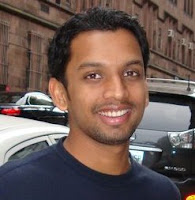 Rajesh Behera, an IIT Bombay alumnus, unequivocally attributes his success to the guidance he got from his teachers. According to him, it was their experience and exposure to the international environment that enabled them to find the true potential of the students like him and instilled in them confidence to become world-class.
Taking the example of the Civil Engineering Department of his alma mater, he shows how all the major infrastructural development taking place around Mumbai, in one form or the other, has inputs from the IIT Bombay faculty, from consultancy to actual implementation.
One cannot deny that the faculty of these institutes have to work in a much harder environment than their counterparts in the West. Take the example of the student to teacher ratio which according to an internal study of Union Human Resource Development Ministry is as high as 15:1 in the leading institutes of India as compared to around 5:1 to 7:1 in the leading technical institutes of US, West Europe and even Singapore or Hong Kong for that matter. Moreover, funding at both the project level and at the level of personal compensation to teachers make the situation graver.
The whole issue gathers more importance in the context of the new IIMs and IITs that have opened recently to cater to the ever growing demand for the world-class education in India, a prerequisite to tap India’s demographic dividend. 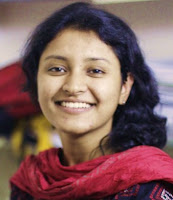 Swati Gupta, an IIM Indore alumna feels that there is a dearth of world-class faculty in the new IIMs. However, she considers Jairam Ramesh’s statement pretty harsh and feels it’s naive to tag all the professors under the same umbrella.
To quote her, “There is no doubt that there is a visible gap in the style and understanding of the newer faculty as compared to the old professors. While the latter make sure that there is a conceptual clarity before teaching the contextual application, the former at times tend to focus too much on the case method.”
This perspective shatters the belief that the older professors are too rigid and averse to adopt newer world-class methodologies as there is still substance left in the older teaching methodologies.
Overall, it’s important to take into consideration all these contingencies before coming to any concrete conclusion. However, one cannot deny the fact that there is a lot that needs to be done to make the Indian premiere institutes, globally more competitive and this statement of Jairam Ramesh might act as a stimulant for the same.
Click here to see the article in The Viewspaper.
The following sound-bytes taken from IIT Mumbai faculty members, however, were published in Tribune and attributed to me.
Two senior members of IIT, Bombay, on the condition that their names would be withheld had this to say:
Make it attractive for the best
The profession of teaching and research is not an attractive profession for most young students due to financial reasons. The top talent is not opting for a career in teaching and research. There are perhaps only 25 per cent of faculty members who do research that can be termed “of international standards”. The IITs are far ahead of any university in India in terms of research quantity and quality. The socio-economic conditions must improve in order to create world class universities and institutes. World class institutes did not become world class in 50 years. The top universities in the world have a long tradition and attract talent from all over the world.
The Government must provide autonomy to institutions of higher learning. The UGC and AICTE have failed in managing higher education. There is a lot of corruption in these bodies. Every minister in charge of the Ministry of Human Resource Development tries to change something in IITs to get public attention. They will serve the country better by improving schools and colleges which are in a pathetic condition. Once these improve, there will be better people going in for higher education.
The Chinese invest heavily in higher education and elementary education. They offered 50 per cent of the American salary to the Chinese who were teaching in developed countries. As a result, hundreds of Chinese came back and enriched their universities. There are talented Indians abroad, the MHRD should devise a strategy to encourage good researchers to come back. In developed countries, teaching is a respected profession but in India it is not. One may ask any class in a school and verify this. Hardly any one wants to go in for teaching and research. Creation of world class institutions requires full autonomy, a good pay and a large proportion of people going in for higher education. Until this happens, we cannot have world class institutes.
No roadmap for higher education in the country
In my opinion, the decision to open new IITs without having an adequate number of skilled scientific/technology manpower in the country was, by itself, a wrong decision. It was only motivated by considerations that were non-professional and had to do more with realpolitik in the then ruling class that took the decision. It is slightly irresponsible on the part of the minister to make such statements, instead of helping out the IITs that are already facing far too many difficulties due to the government’s decision of opening IITs in a thoughtless manner.
The IITs have a better faculty than most state universities but that is hardly any consolation given that they have larger funding and better facilities. The entire thing boils down to one moot question.: It is not this government (to which Jairam Ramesh belongs) or that government, but no government in India has the desire to work out a well thought out roadmap for higher education in the country. The late Rajiv Gandhi made an attempt to start something in that direction but it was all lost later. (As told to Vipul Grover)
Click here to see the article in The Tribune
Image Courtesy:
Star News
Author: Vipul Grover at Wednesday, July 27, 2011