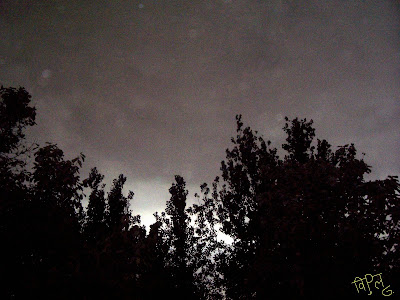 Prelude to the Downpour
An early morning view from my balcony
Soon after, these black clouds bursted to drench Chandigarh with the first pre-monsoon showers this summer

Update (June 29, 2009)
The showers we got on the 16th of June were, as later revealed by Meteorological Department, due to western disturbances and not pre-monsoon showers as I mentioned here. Chandigarh finally received the pre-monsoon showers today around 10 in the night.

seems like you were up early. By the time my eyes opened, it was already pouring.

Hi welcum 2 my blog:)
Well, actually i share some more features of an owl than just the simile 'wise as an owl';)
So, I was still awake when suddenly the weather got cloudy around 6 in the morning!

I am reading your post on a short trip to Singapore.I envy you.It is very humid here and they are awaiting rainscan you help?

well chowlaji, first of all welcum 2 my blog.
and theres no reason 2 envy.. the MET dept has revealed tht thr will be no monsoons till 29th. though temperature has dipped since ystrday bt still the heat is on!